You’ve chosen the person. As you start collecting data, you should start seeing themes as well. What is the importance of this person’s life?

When I first began working on the biography of Berta and Elmer Hader, I wasn’t sure how to start. I knew their writings were considered to be excellent, were well reviewed and usually acquired by libraries. When I became a school librarian I realized I'd read some of their books as a child. I don’t remember any particular impact on my life, except the Hader books along with the Thornton Burgess books gave me a lifetime appreciation for the natural landscape. I suspect this theme may have also impacted many of today’s adults.

Susan Vreeland, author of historical fiction, spoke in Port Townsend, WA, in March. According to the online version of the Peninsula Daily News, (3/27/11) she said that “Historical novels are thematically based and biographies rarely are.” The theme of the Emily Carr story, The Forest Lover, was the artist’s affection for place. “It took me years to find this theme. If I had identified it earlier, I would have finished the book much earlier.”

Some of the most interesting biographies do have a theme, besides the chronological time line of a person’s life. Biographer T. J. Stiles in his Biographer’s Blog chooses his subjects, such as Jesse James and Cornelius Vanderbilt, because their lives do represent themes. After stumbling on the topics of cash being shipped around the U.S. and the rise of railroads, corporations and the modern financial system, he looked for a subject to represent these themes. He discovered Vanderbilt, known in his time as the Railroad King.

Bob Welch wrote American Nightingale, a biography of World War II Army nurse Frances Slanger, who landed on Utah Beach and slogged her way into Belgium with her medical unit. Her letter in Stars and Stripes celebrating the American GI was published after her death. In his book Pebble on the Water, Welch says “What proof did I have that Frances Slanger had made any difference in the world around her?...How had she touched those around her? How was the world different because of her? If I couldn’t answer those questions, I didn’t have a book.” Theme again. He also went on to comment: “Writers start their research with the presupposition that everything means something. Not that you can hope to answer every question that the evidence triggers. But you look for themes, patterns, tendencies, then connect the dots, taking into account not only what the information suggests but from whom it came.”

So, it seems that theme is just as important in biography as it is in fiction. Having a theme in mind is helpful. The downside is the tendency to ignore facts that don’t match the theme—which a true biography cannot do! Any answers to this dilemma?
Posted by Sybilla A. Cook at 3:09 PM No comments:

As usual, when I start any new project, I leap in without any idea of what I’m getting into. This was true when I agreed to write a biography of Berta and Elmer Hader, an amazing couple who wrote and/or illustrated nearly 100 books in the 1900s--fondly referred to these days as the “golden age of publishing.” Three of their books received Caldecott Medals: two were honor books, and The Big Snow is still one that teachers read when winter arrives.
So that’s what the Haders are known for. The challenge for me was to find out what kind of people they were, and what makes them worthwhile subjects for a biography in the 21st century. Fortunately, many resources were geographically available: the University of Oregon holds an extensive collection of manuscripts and letters, and their niece who lives in my home town has inherited much of the family papers. So the raw materials are available.
But where to go from there? I am still struggling over filing my notes where I can retrieve them when needed, working on the chronology of their lives and their published books, and researching the very famous and not so famous people of the day that were close friends.
There isn’t a lot of information out there about writing in this particular genre. Memoirs and autobiographies, yes. Biographies of historical figures: not so much. I’m hoping that perhaps others of you can chime in with your own suggestions and problems and tips. Berta and Elmer were good networkers in their day. I know from experience that sharing ideas with others makes both of us richer. Someone wrote that when each person shares an idea with each other, each has gains two ideas and they can multiply.
I’ll share my journey, and hope others will share theirs.
Posted by Sybilla A. Cook at 8:30 PM No comments: 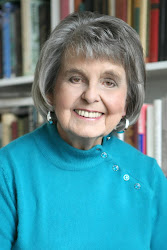